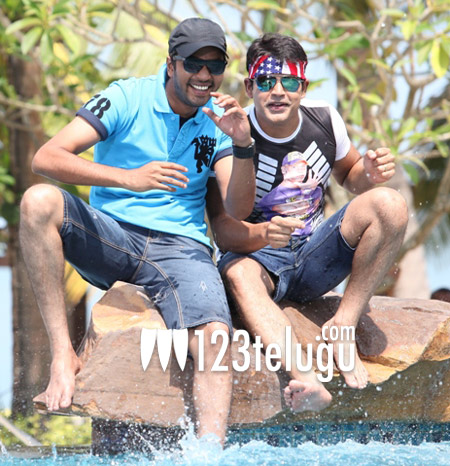 The final schedule of Allari Naresh, Vaibhav, Shaam and Raju Sundaram starrer Action 3D began earlier today in Chennai. Anil Sunkara is directing the film and it is being produced under AK Entertainments banner. Sneha Ullal, Ritu Barmecha, Kamna Jethmalani and Neelam Upadhyay are the lead actresses in this action entertainer which is being made in Telugu and Tamil. Sudeep, who was last seen in Eega, has been roped in for an important role. Most part of the film has been shot in Hyderabad, Chennai, Bangkok and Goa.

The film’s music has been scored by Bappa Lahiri and Bappi Lahiri. One of the highlights of the film is going to be the retro song shot on Allari Naresh and Neelam Upadhyay which is a tribute to K Raghavendra Rao’s style of shooting songs. Thaman is scoring the background music. The film’s audio will be launched in the last week of March and the film will hit the screens on April 11.