The recent comments made by Chalapati Rao on women have become a talking point all over. Several celebrities have raised objections to this issue and the first among the young heroes, Ram has responded to it.

In a detail twitter message Ram condemned Chalapati Rao’s words and said that such a senior actor should think twice while making such statements.

The issue has gone overboard with the MAA association gearing up and holding a meet to condemn these comments in a special while from now. 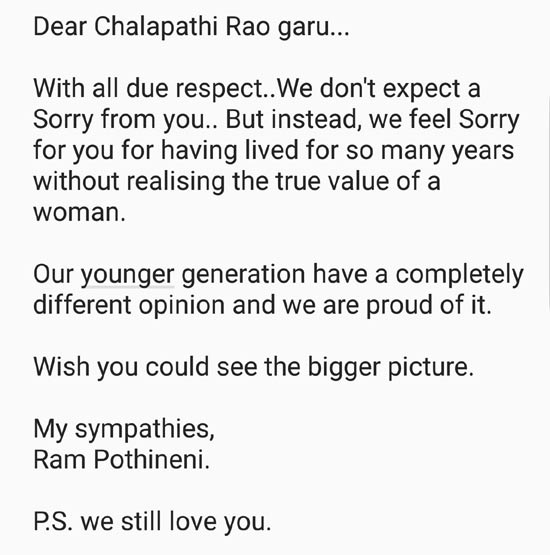