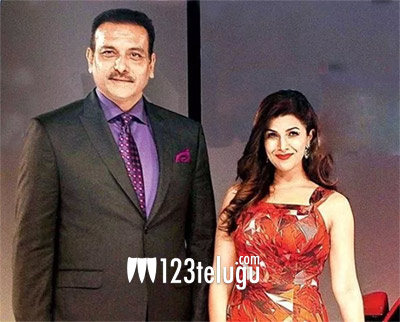 Yesterday, the social media was abuzz with the hot gossip of Indian cricket coach, Ravi Shastri dating Bollywood actress Nimrat Kaur. Within no time, this news became a hot topic of discussion.

Even national news agencies carried the news saying that Ravi Shastri and Nimrat have been dating from the past two years after they met for an Ad shoot.

So much was said and the actress was blamed for dating a man way older than her. Left with no choice, Nimrat cleared the rumors in a very interesting manner with her tweet saying that all the news is just fictional.

Fact: I may need a root canal. Fiction: Everything else I read about me today. More facts: Fiction can be more hurtful, monday blues exist and I love ice cream. Here’s to trash free happy days ahead✌🏼✨