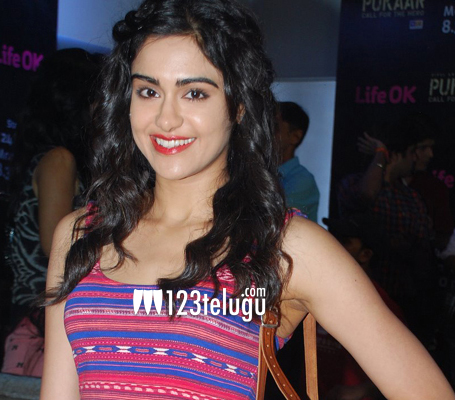 Adah sharma who made a big debut in this years romantic flick Heart Attack has proved that she is one of the most promising faces to look out for.After just one film she made her way into the hearts of all the audience and got a big fan following for her acting and beauty.

Currently Adah is shooting for Bunny Trivikram film and everyone in film nagar is speaking about her talent on sets. After Siima awards everyone was stunned with her rocking performance and now with her endorsement opposite Dhanush on air she has impressed all with her glamour in this ad.

Movie giant PVP, who watched the rushes of Trivikram film has decided to sign Adah for a female centric movie.A source close to PVP says,”He was planning to rope in an established actress for this role as it is a very complex character but signed new face Adah as he sees potential in her.He was impressed with her performance in the Hindi movie 1920 also.”