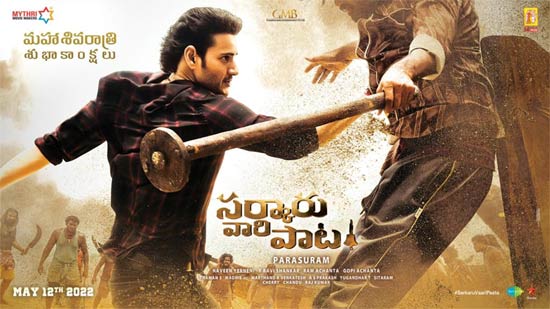 The advance bookings for Mahesh Babu’s Sarkaru Vaari Paata have been opened and the film is doing well if the early trends are to go by.

Sarkaru Vaari Paata’s pre-sales in Hyderabad city have touched the Rs 2.5 crores mark. The film has grossed Rs 2.51 crores till now. With two more days to go for the release, the film’s opening day tally in Hyderabad city is expected to be much bigger.

The film’s advance sales in all of India are said to be Rs 5.05 crores gross

Sarkaru Vaari Paata is directed by Parasuram and it is produced by Mythri Movie Makers. The film has Keerthy Suresh in the female lead role.