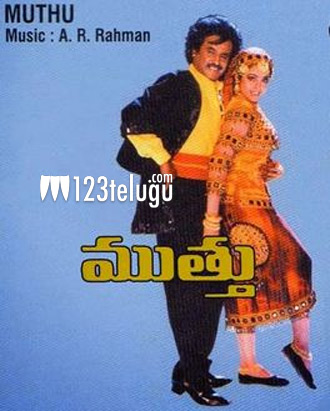 Released in 1998, superstar Rajnikanth’s rural family entertainer, Muthu, went on to become a huge blockbuster in Tamil and Telugu. The film was dubbed in Japanese and had a sensational run at the box-office. Rajini had amassed a huge fan following in Japan with Muthu.

Now, after 20 years, Muthu is all set for a grand Re release in Japan on November 23. During its initial release a couple of decades ago, Muthu had collected ¥400M ($3.08M), a record still unbeaten by any other Indian film. The film had Meena as the leading lady. KS Ravikumar had directed the film.