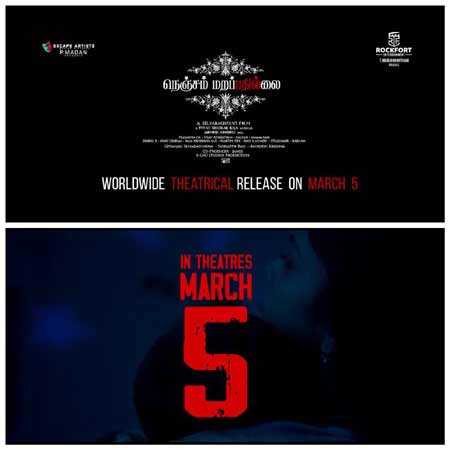 Young actresses Regina Cassandra and Nandita Swetha had teamed up with acclaimed Kollywood director Selvaraghavan for a musical horror thriller, titled Nenjam Marappathillai. The film was announced in 2015 and went on floors in January, 2016 before being completed by June, 2016. Unfortunately, the film has been awaiting its release ever since.

Now, finally after 5 long years since its completion, Nenjam Marappathillai is gearing up for its release. The film will be hitting screens on March 5. Popular actor-filmmaker SJ Suryah plays a key role in the movie and star composer Yuvan Shankar Raja has scored the soundtrack. Selvaraghavan took over the project’s production responsibilities to ensure its release and he co-produced the movie along with Escape Artists’ Madan, Siddarth Rao, Anirudh Krishna and James.