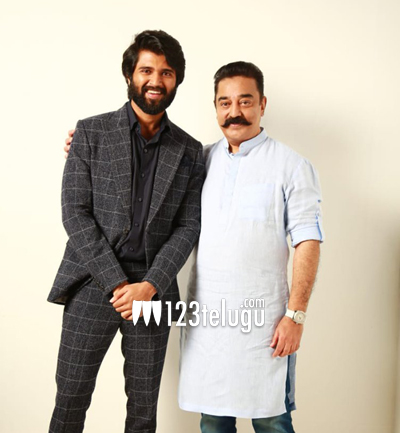 Last year, ahead of Arjun Reddy’s release, Vijay Devarakonda stepped into the Bigg Boss house to promote the film, and the rest is history. Now, with just a week left before his latest film, NOTA, opens in cinemas worldwide on October 5, Vijay has once again entered the Bigg Boss house.

Tonight, Vijay Deverakonda will make a splash in the Big Boss Tamil show which is being aired on Star Vijay TV. Vijay interacted with the show’s host Kamal Haasan and the top four finalists – Riythwika, Janani Iyer, Aishwarya and Vijayalakshmi – and spent some good time with them. Bigg Boss’ Tamil’s grand finale will be telecast tomorrow.