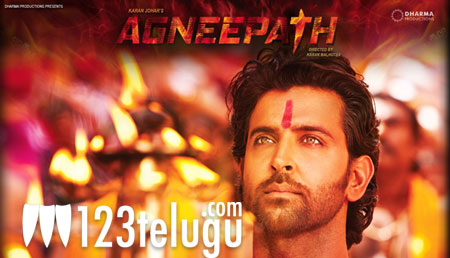 Bollywood Hunk Hrithik Roshan’s action entertainer ‘Agneepath’ is all set to cross the 100 Crore Mark in the coming week as per available trade reports. The movie is doing steady business across all areas. Performance is extra-ordinarily strong in Maharashtra and Central India. Sources say that the movie was produced at a cost of around 75 Crores, so Agneepath will turn into a tidy profit for its producers when one includes satellite rights and other streams of revenue.

Hrithik Roshan starred in this remake of Amitabh Bachchan’s iconic 1990 film. Priyanka Chopra and Sanjay Dutt are the other principal actors in this movie. Karan Malhotra directed this movie and Karan Johar is the producer.