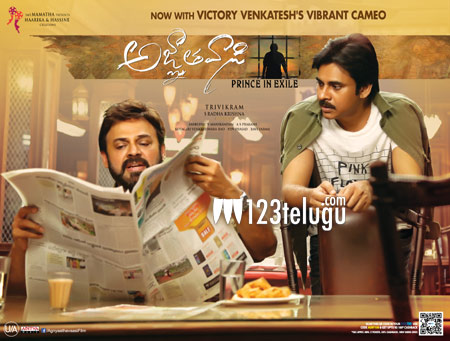 Power Star Pawan Kalyan’s Agnyaathavaasi has had a sensational start at the box-offices worldwide on Wednesday. However, the film received mixed reviews from critics and moviegoers and it has deeply impacted the film’s collections on day 2.

In Andhra Pradesh and Telangana, Agnyaathavaasi collected a record breaking opening day share of Rs. 26.93 Crs. Due to the underwhelming word of mouth, the film could only manage to rake in Rs.4.68 Cr on day two, taking its 2-day total to Rs.31.61 Crs. We will have to see if Agnyaathavaasi manages to bail out its buyers in the end by utilizing the Sankranthi advantage.

Below are Agnyaathavaasi’s 2-day Andhra Pradesh and Telangana collections (in shares):