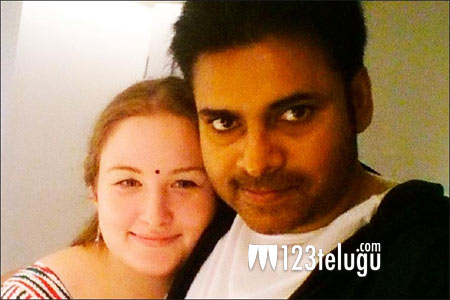 The massive release of Agnyaathavaasi is just a few hours away and there is a huge craze for this film all over the two states. The latest we hear is that Pawan Kalyan along with his family is watching a special screening of the film in Hyderabad currently.

The film’s director, Trivikram has also joined Pawan for this specially arranged show in a private studio. As the festival season is on, the buzz for this film is even bigger.

The trade is expecting some good numbers at the box office and we need to see how many records does this film break. Produced by Haarika and Haasine Creations, this film has Anu Emanuel and Keerthy Suresh as the female leads. Anirudh scores the music.