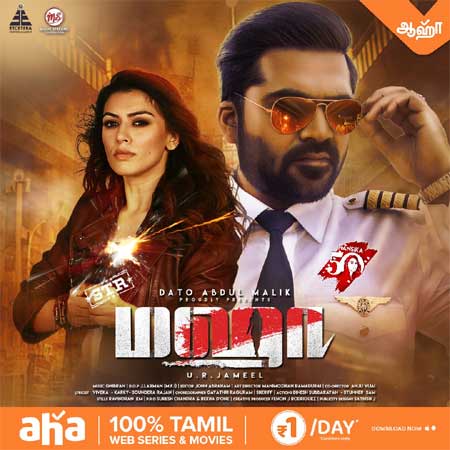 The Hansika starrer, Maha is a film that has been delayed for quite a long time. The film should have hit the screens in early 2021. Due to a few reasons, the movie got postponed a multiple times and is now finally hitting the screens on July 22.

Now, the news is that Aha Tamil has bagged the streaming rights of this film. The OTT platform confirmed it with a tweet. This is the actress’ 50th film. Tamil crazy hero Simbu played an extended cameo.

Directed by U.R. Jameel, the film is bankrolled by Mathialagan. The film stars Srikanth, Karun Karan, and Baby Manasvi in other important roles. Raatsasan fame Ghibran is composing the music.