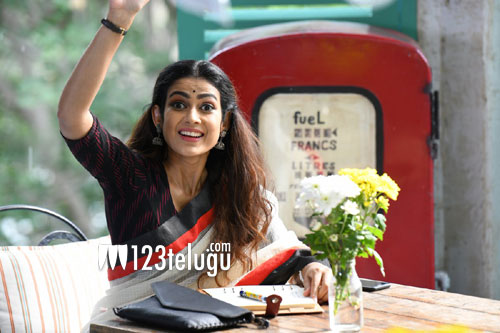 Talented actress, Akanksha Singh made her debut with Sumanth’s Malli Raava. The romantic drama was a decent hit but that success did not bring more offers to the already married actress.

Now, she has pinned all her hopes on Deva Das and feels that this film will bring her the needed luck in Tollywood as it is a big budget entertainer with all the big stars.

Akanksha is paired opposite Nagarjuna in this film which is being directed by Sriram Aditya. Ashwini Dutt produces this film which also has Nani and Rashmika in other lead roles.