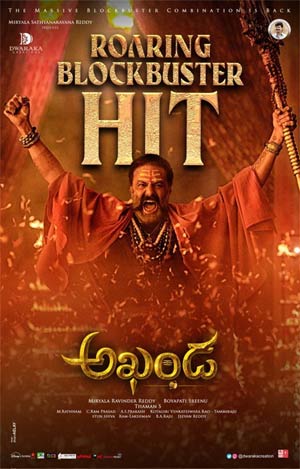 Now, the mass turnouts and footfalls at cinema halls for Akhanda age giving hopes to other Telugu biggies like Pushpa: The Rise and RRR which are next in line for theatrical release.

Akhanda could pull the masses to the theaters in big numbers on its opening day and it is a positive sign. Pushpa and RRR are the next two big budget mass entertainers that will be out in theatres soon. The makers of these two biggies will be hopeful that audience will continue to throng cinema theatres in the near future as well.