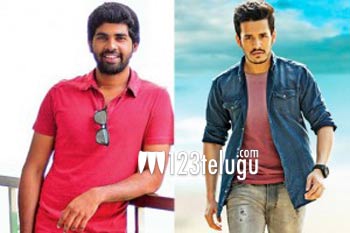 We have reported several times before and even a while back that Akhil Akkineni has become a favorite topic for media sources to circulate rumors about his upcoming flicks and personal life.

Even though Akhil has personally stated that he will reveal the details when the movie is prepped up, media houses refused to circulate baseless rumors about his next flick.

Replying to Akhil’s tweet about his film’s rumors, Rajamouli’s son SS Kartikeya shared a recent news article with Akhil, which claims that Kartikeya is turning director soon with Jr. NTR as a hero.

Akhil replied back saying that at least rumors about Kartikeya are showing him in the good light but rumors about him are mostly trying to degrade his image. Look’s like the two celebs had a light moment together due to these outrageous stories!

Wow! Some rumours get you excited too! https://t.co/t0A9A7pCKm

Haha bro atleast ur getting some exciting rumours, they like you at the moment my rumours are just nonsense ?enjoy!! https://t.co/BMoCvJaF03