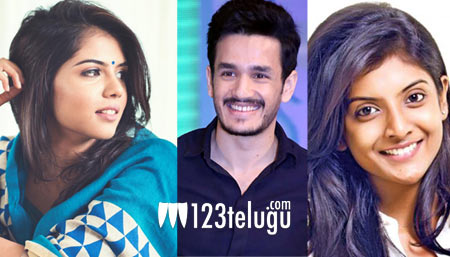 Akhil’s highly-anticipated second film, Hello, is under progress at a brisk pace. The film is slated for release on December 22nd. The film is being directed by Vikram Kumar and produced by Nagarjuna.

It’s well-known that young Malayali beauty Kalyani Priyadarshan is essaying the female lead’s role in Hello. As per the latest reports, the film features another leading lady and the makers have roped in Tamil starlet Nivedithaa Sathish for the role. However, it’s still unclear whether Nivedithaa will romance Akhil in Hello.

Nivedithaa was chosen after an audition. She will soon be seen in Jyothika’s Magalir Marttum and she’s said to be a fine actress.