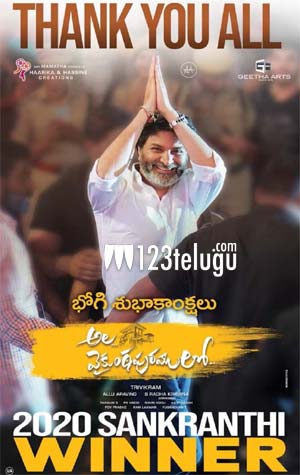 Allu Arjun is super happy with the way his film, Ala Vaikunthapuramlo is faring at the box office. From day one, he was very confident about the film that it will do well.

Trivikram has worked wonders on the film and naturally, the makers gave full credit by releasing a special poster that featured only Trivirakram on it saying thanks to everyone.

Generally, in a star dominated industry, it is heroes who get such posters. But the way the makers released this poster has won a lot of applause from Bunny and other audiences as well.