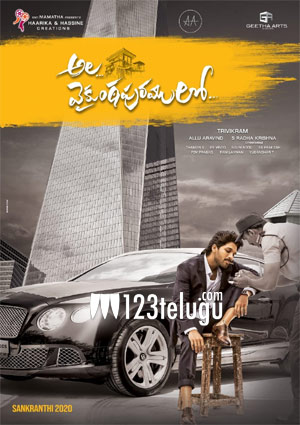 The shooting for Stylish Star Allu Arjun’s ongoing film, Ala Vaikunthapuramlo is going on at a fast pace. The film has already wrapped up two schedules and the third one is underway at a specially erected set in Annapurna Studios, Hyderabad.

Meanwhile, the latest update is that AVPL team will be flying to the happening city, Paris in the first week of October. As per the sources, a few crucial scenes along with two songs will be canned in Paris.

Pooja Hedge is the female lead in the film. Geetha Arts and Haarika Haasini Creations are bankrolling Ala Vaikunthapuramlo, jointly. The film is scheduled for a Sankranthi 2020, release