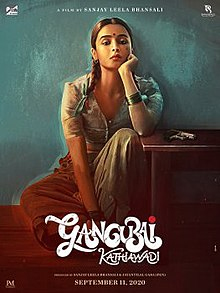 Bollywood actress Alia Bhatt’s upcoming biographical crime drama, Gangubai Kathiawadi, is one of the most eagerly awaited biggies of 2021. The film is being directed by acclaimed Bollywood filmmaker Sanjay Leela Bhansali, who is also bankrolling it along with Jayantilal Gada.

Now, the latest reports reveal that streaming giant Netflix has acquired Gangubai Kathiawadi’s digital rights for a whopping Rs 100 crore. The film is being made with a budget of Rs 150 crores, and the makers will land in huge profits by selling off the theatrical and satellite rights. The film is slated to hit screens later this year.