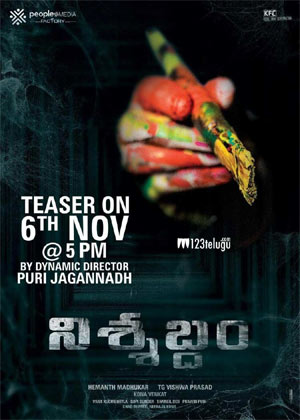 It has been quite some time since we saw Anushka on the big screen. She did a hit film called Bhaagnathie which was a decent hit at the box office.

Now, she is coming up with another film called Nishabdam which is being produced by Kona Venkat. The teaser of the film will be daf after tomorrow on Nov 6th and Anushka has pinned a lot of hopes in this film.

She plays a mute in this film and we need to see how Anushka will be seen in such an experimental film. The film is also releasing in English at the same time.