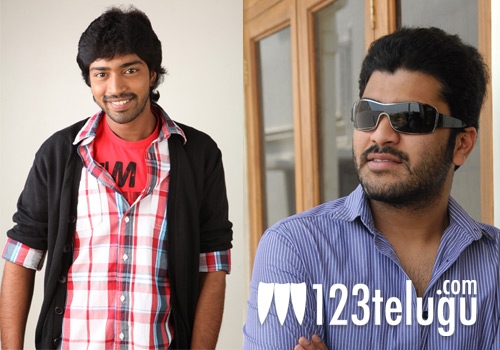 Comedy King Allari Naresh and versatile artist Sharwanand are working together for a new movie in the direction of Narayana. Shreya is the heroine in this project. Sources say that the movie has been tentatively titled “Nuvva? Nena?”. This title is reportedly the hot favourite of the production team.The movie is being made on SVK Cinema banner.

The film is a romantic comedu entertainer with a triangle love story. Allari Naresh and Sharwanand will be seen as two youngsters in love with Shreya and they conspire against each other to gain the upper hand and win her affection. Director Narayana says that the movie has some rib tickling comedy. Currently, shooting of this film is progressing in Ramoji Film City.