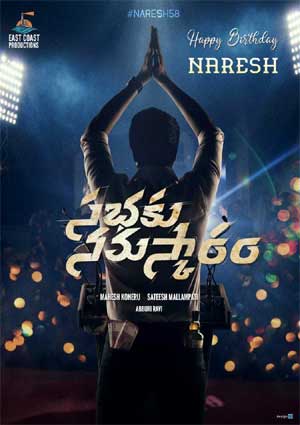 It is a known fact that Allari Naresh is all celebrating his birthday today. So, on this occasion, he has launched his film which has been titled Sabhaku Namaskaram.

The film is being produced by Mahesh S Koneru and Satish Mallampati will be directing it. The film is supposed to be a hilarious entertainer and will showcase Naresh in a fun avatar once again.

Abburi Ravi is also associated with this film which will start its shoot soon. Well, on this occasion, we wish Naresh a very happy birthday and a wonderful year ahead.