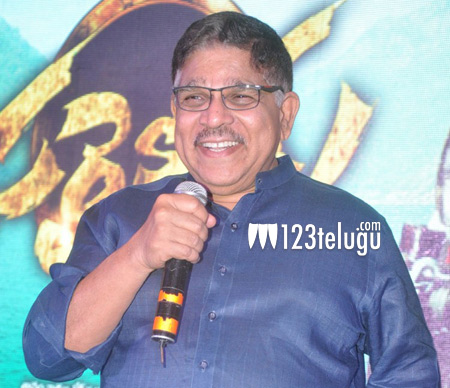 Mega Producer Allu Aravind has opened up about the way in which Geetha Arts does business. Unlike other banners, Geetha Arts does not sell off all areas for a film before release. Only a few areas are sold off and the rest are released directly by Geetha.

In today’s success meet, Allu Aravind revealed the logic behind his move. “We make films with passion and with belief. We believe in standing by our film and taking a risk with own release, as we believe in our product and have good chance of making more money than by giving out to distributors before release”, he said.

It clearly makes sense as Geetha Arts has a strong distribution network in many areas across the state, after Dil Raju and Suresh Productions. This model of release gives them greater flexibility and control over the number of theaters to employ etc. as well as on revenues.