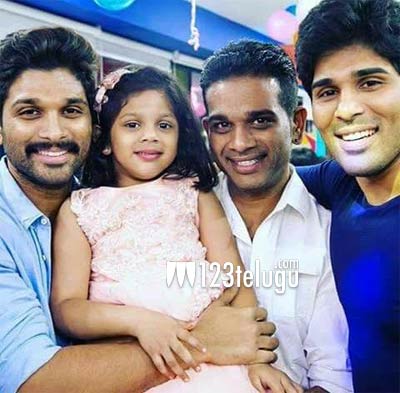 It’s well-known that senior producer Allu Aravind has three sons. While Aravind’s second son Allu Arjun is one of the leading heroes in Tollywood, his third son Allu Sirish too is making his mark as a hero. Now, Allu Aravind’s elder son Allu Venkatesh (Bobby) is going to follow his father’s footsteps.

Bobby had finished his MBA in the UK and spent a lot of time in Australia. He is now all set to handle Geetha Arts’ production responsibilities very soon. Despite hailing from one of the most influential film families, Bobby always shied away from being in the limelight. More details about his production plans are awaited.