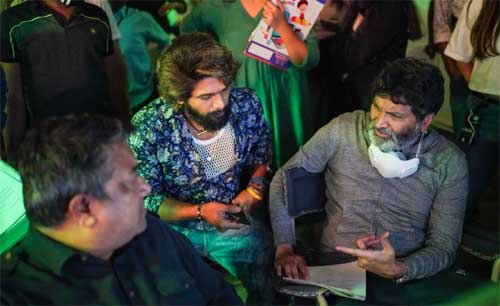 Allu Arjun is a pan-India star now post Ala Vaikunthapuramlo. The manner in which his market has increased in the last few months or so is there for us all to see.

Now, the news is that Bunny has been roped in as the brand ambassador of the famous bike hiring App Rapido. He was seen shooting for an Ad for this big brand.

What’s special is that Trivikram Srinivas has directed this Ad for Bunny. The star hero has been paid big bucks for this Ad as per the news. The Ad will be released soon.