Allu Arjun reveals why his film will stand out this Sankranthi
Published on Jan 8, 2020 6:37 pm IST 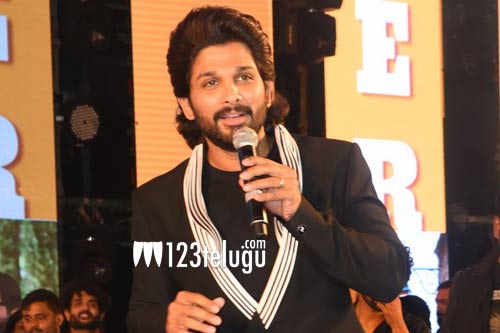 Allu Arjun is busy giving interviews for his new film Ala Vaikunthapuramlo which is releasing on the 12th of this month in a super grand manner all over the world. The film is directed by Trivikram and has Pooja Hegde as the female lead.

In an interview by Republic TV, Bunny was asked as to how his film will stand out in such heavy competition during this Sankranthi. Bunny said that his film has a family genre and this is enough for every member of the family to watch the film on the big screen and make it a big hit.

Trivikram directs this film which is made on a huge budget by Haarika and Haasine and Geetha Arts jointly. The film has some thumping music score by Thaman.