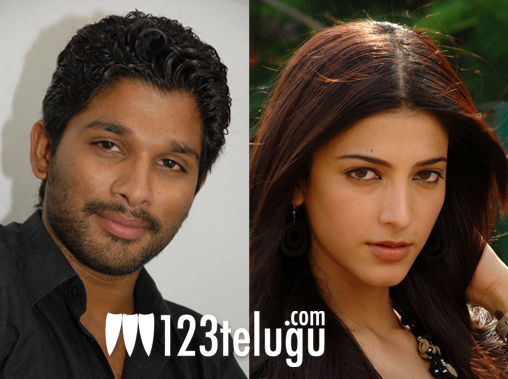 Tollywood star Allu Arjun will in all probability be the hero in Selva Raghvan’s bi-lingual (Telugu and Tamil). The yet untitled film will have Sruthi Hasan as the heroine. The movie will go on floors in Feb 2013. Allu Arjun will also star in Ram Charan’s movie in a guest appearance. Meanwhile Allu Arjun, after a rather tame response in Badrinath is looking to 2012 to set his fortunes right. The actor known for his energetic fight sequences and quick silver dance moves has not had a satisfying year in 2011. He along with Ram Charan have at least two releases each lined up for 2012. As regards Selva Raghavan, the 34-year old is a Kollywood film maker with around 10 films to his credit. For Tollywood film lovers his one and only best effort to date is – Aadavalla Mataalaku Ardhaalae Vaerulae – starring venkatesh and Trisha. If the film with Allu Arjun goes on floors it would be his second straight film in Telugu.