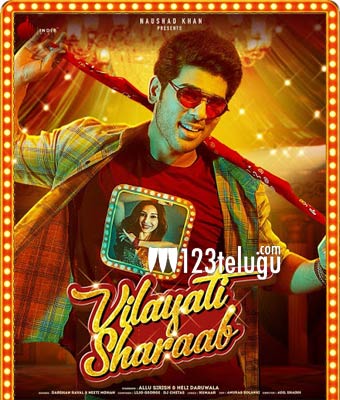 Hero Allu Sirish made his debut in the Hindi music video scene with the peppy dance number Vilayati Sharaab. The song was released on YouTube in the last week of March and is inching towards the 100 million views milestone. Sirish displayed his dancing skills and also sported a stylish look in the song.

Sirish becomes the first mainstream Telugu film hero who has had a major breakthrough in the Hindi pop scene. Whether or not the actor will utilise this fame and make his acting debut In Bollywood remains to be seen. Vilayati Sharaab has young beauty Heli Daruwala shaking a leg alongside Sirish.

Composed by Lijo George and DJ Chetas, the song has been sung by Darshan Raval and Neeti Mohan and penned by Kumaar. Adil Shaikh has choreographed and directed the music video.