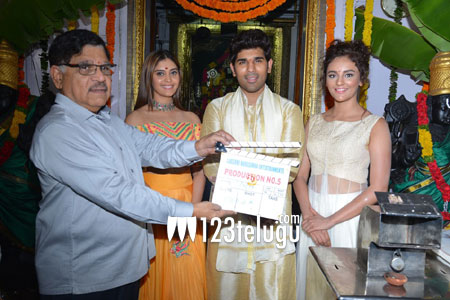 Allu Sirish, who tasted a decent success with Srirastu Subhamastu, had recently made his Malayalam debut with 1971: Beyond Borders. He waited for the right script and finally finalized director Vi Anand’s script for his next movie.

This film had a formal launch earlier today, where star producer Allu Arvind graced as the chief guest and blessed the unit in their new endeavor. Director VI Anand, who scored a blockbuster with Nikhil’s EPC, is quite confident about this project. The movie is expected to go on floors very soon.

Melody Brahma Mani Sharma will be scoring music for this yet-to-be-titled project. Keep watching 123Telugu for more updates regarding this project.