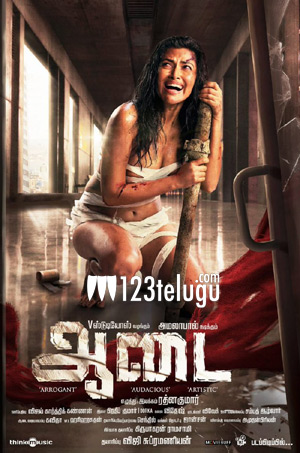 Post her separation from her husband Vijay, Amala has been slowly getting back to doing some interesting films. Next in line is her new thriller Aadai(dress) which will hit the screen soon.

The first look poster of the film was revealed today and Amala shocked everyone with her bold and scared look from the film. The film is a very interesting thriller where Amala gets trapped inside a room without any clothes and how she comes out of it is the whole story of the film.

The film is directed by Ratna Kumar and will also release in Telugu by the end of the year.