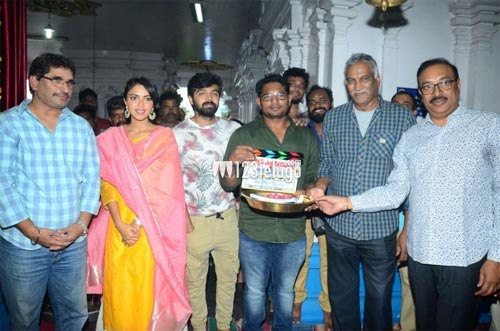 Actress Amala Paul is back in the reckoning, thanks to her impressive performance in the recently released drama, Aadai (Aame in Telugu). She has now signed a Telugu film after a long time. This as-yet-untitled film, which will also be shot in Tamil, went on floors today.

Amala Paul’s new film has young hero Arun Adith as the male lead. Interestingly, Amala Paul is turning producer with the film’s Tamil version, titled Cadavar. The film is a forensic thriller and Amala plays a forensic expert in it.