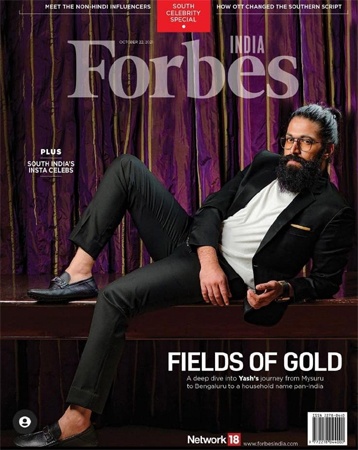 KGF is a film that has put Kannada cinema on the top level. Everyone now is aware of Yash, who played the main lead in this film.

With each passing film, Yash is going great guns and is pan-India famous. Now, Yash has achieved yet another rare feat as he got featured on the prestigious Forbes India magazine.

He is the first Kannada star to achieve this feat and with this, he has once again proved that he is set to rule the country with star power. Meanwhile, his new film, KGF 2 will release soon.