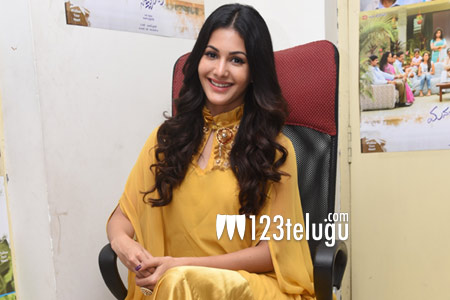 Amyra Dastur, who was last seen in Manasuki Nachindhi, is eagerly awaiting the release of Rajugadu. Directed by Sanjana, the film has her playing Raj Tarun’s romantic interest. Anil Sunkara has produced the film.

Apparently, the actress has always dreamt of being part of a mass comedy film and Rajugadu gave her the perfect opportunity to explore a different side of her acting skill. “I wanted to do a mass comedy film, but I knew that I needed to get my comic timing right. It was a wee bit difficult, and I was afraid that I might go wrong, but, thankfully, I was able to pull it off. I must give credit to Sanjana who had complete faith in me,” she said. The actress will be seen in two different avatars and Amyra said that it was fun playing a village belle.

The film is slated for release on June 1.