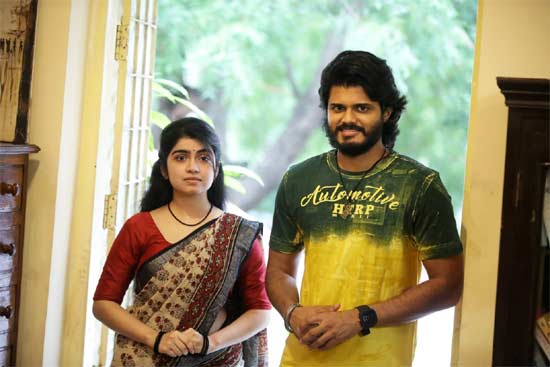 It is a known fact that a popular cinematographer, K V Guhan is directing a film called Highway with Anand Devarakonda. This is a Road movie with an interesting touch of a psycho crime thriller backdrop that carries a tagline ‘A Nerve-wracking Ride Story’.

The film was recently launched in a big manner. Manasa Radhakrishnan, who became popular as a front runner for Pawan Kalyan’s film is playing as a heroine in this film.

The regular shoot of ‘Highway’ began in Hyderabad. The new poster featuring Anand Deverakonda and Manasa Radhakrishna looks impressive and the young couple looks absolutely adorable in the still.