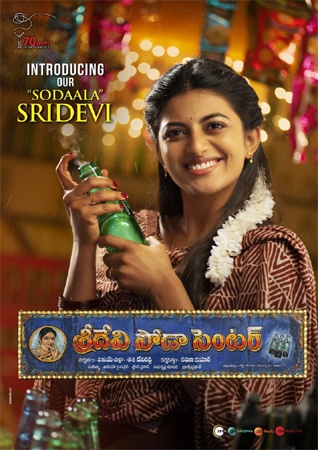 Talented Telugu actress Anandhi made an impressive comeback in Tollywood with Zombie Reddy earlier this year. The young beauty will next be seen as the female lead opposite Sudheer Babu in the upcoming village action entertainer, Sridevi Soda Center. The makers unveiled Anandhi’s first look this morning.

Anandhi plays ‘Sodaala Sridevi’ in Sridevi Soda Center. The first look poster features her as a Soda Center girl, popping out the marble from the soda bottle. She looks simply beautiful as a village belle. Being directed by Karuna Kumar, the film is produced by Vijay Chilla and Shashi Devireddy under 70mm Entertainments banner.