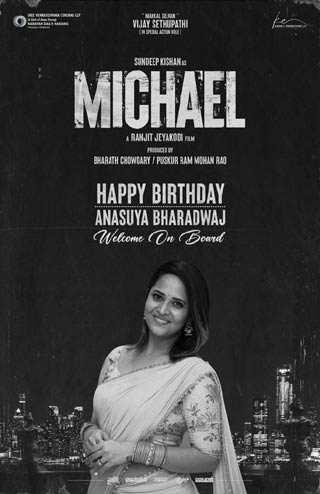 Popular anchor and actress Anasuya Bharadwaj is choosing different roles that will help her grow up in career. She has turned another year older today.

On this occasion, the makers of Michael, starring Sundeep Kishan and Vijay Sethupathi, have announced that Anasuya Bharadwaj is playing a pivotal role in the film. The team has welcomed on board by announcing the news on social media. Details of her roles are under wraps, for now.