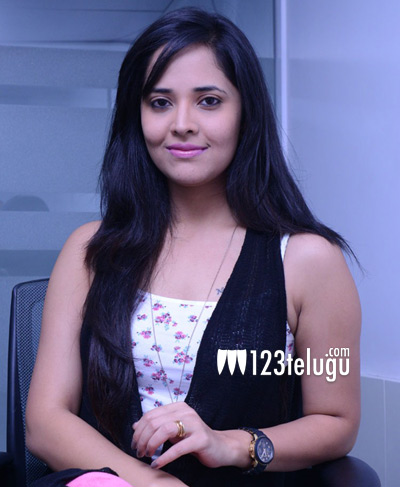 Special songs in movies have become excessively popular in recent times. These songs have become the USP of almost every film these days. And why not? Apart from the lead cast, having another renowned name in the credits sparks off a great curiosity, which eventually translates into better box-office numbers.

The popular anchor turned actress, Anasuya Bharadwaj who sizzled in a special song in Nagarjuna’s ‘Soggade Chinni Nayana’ is all set to set the silver screen ablaze with her dazzling and fascinating moves in Sai Dharam Tej’s upcoming movie ‘Winner.’

Interestingly, the song starts with the lyrics ‘Anasuya…Anasuya.’ There’s no doubt in saying that Anasuya’s special song will set the silver screens on fire thanks to her sensuous looks. The shooting of this song has been wrapped up already and is set to be a major attraction.

As per sources, Sai Dharam Tej plays two different roles of a sports star and an editor of a Fashion Magazine in Winner.

Directed by Gopichand Malineni of ‘Don Seenu’ fame, ‘Winner’ is said to be an action family entertainer. The movie stars Rakul Preet Singh as the female lead.