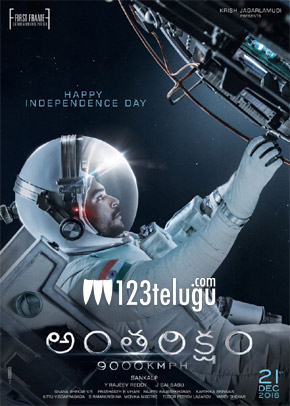 All eyes are on Ghazi fame Sankalp Reddy’s upcoming space thriller, Antariksham 9,000 kmph. The film has Varun Tej playing the role of an astronaut. Lavanya Tripathi and Aditi Rao Hydari are the leading ladies in the movie.

Antariksham 9,000 kmph has entered the last leg of production. The film’s final schedule will commence from September 20. The entire shooting part, including a song, will be wrapped up with this schedule. The post-production work is underway already.

Antariksham 9,000 kmph is being produced by Krish and Rajiv Reddy. The film is slated for release on December 21. Prashanth Vihari is the film’s music composer.