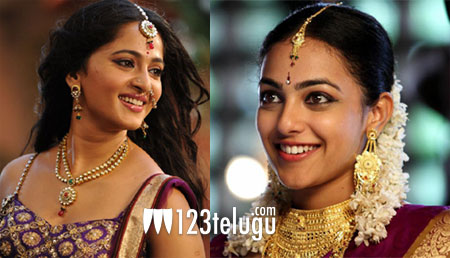 It is known fact that Nithya Menen is playing an important character in Rudrama Devi. Latest update is that she will be seen in the role of Anushka’s daughter in the film.

This news is quite surprising and interesting to see Anushka playing the role of a mother in this period drama. The big budget flick is busy in its post production activities and the makers are working hard to meet the release deadline.

Rudrama Devi is the first ever Indian historical film to be made in 3D. Some big names like Allu Arjun​ and Rana Daggubati are also involved in this project which has music by Ilayaraja.