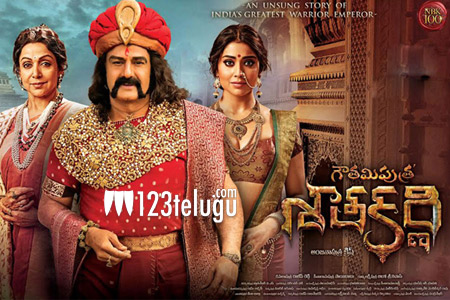 Nandamuri Balakrishna’s magnum opus, GPSK is slated to release on January 12th on a grand scale. As this is Balayya’s 100th movie, expectations are sky high for this historic drama.

This movie has now got entertainment tax exemption in both the Telugu speaking states.While Telangana chief minister, KCR announced it officially when Balakrishna met him a few days back in TS assembly.

Now, AP government has officially granted entertainment tax exemption for this movie. Slated to release in a huge number of screens in the US also, this film is being promoted big time all over. 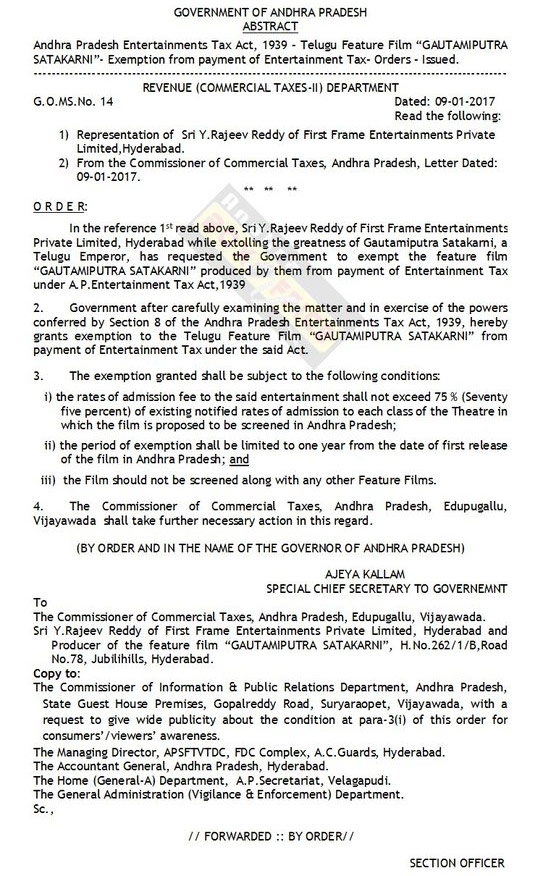