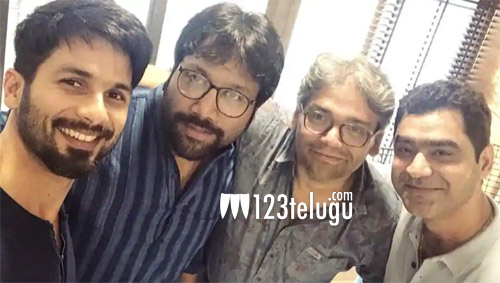 The Hindi remake of the cult Telugu romantic drama, Arjun Reddy, has been in the news for the last few months. Bollywood stars Shahid Kapoor and Kiara Advani will reprise Vijay Deverakonda and Shalini Pandey’s roles and Sandeep Reddy Vanga, who had directed the Telugu original, will also helm the Hindi remake.

According to the latest updates, Arjun Reddy’s Hindi version will finally begin its shooting formalities from tomorrow (Oct 21) in Mumbai. The first schedule will begin with the second half of the story and it will be wrapped up by November. Kiara will join the team in November, during the film’s second schedule in New Delhi. Stay tuned for more updates.