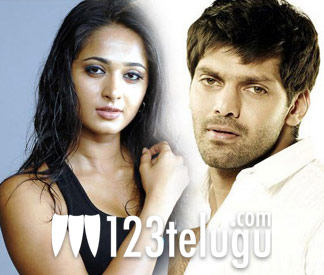 Arya and Anushka are teaming up for the first time for Selvaraghavan’s upcoming bilingual film. It has been titled as Irandam Ulagam in Tamil and the Telugu title hasn’t been confirmed yet. PVP Cinemas is producing the film. The latest buzz about the film is that some key scenes are going to be shot in Rio de Janeiro and exotic locales of Brazil. Recently, Selvaraghavan flew to Brazil to scout the locations along with his team. If all goes well, this will be the second South Indian film to be shot in Brazil. Earlier, Shankar shot a song in Rajinikanth starrer Robo in Lencois Maranhenses National Park in Brazil.