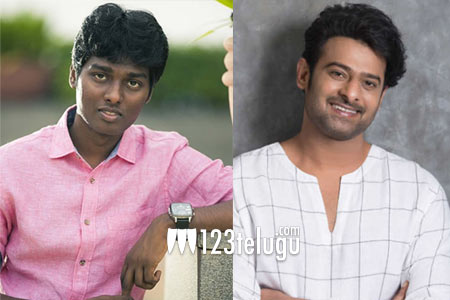 Tamil filmmaker, Atlee is the most sought-after director in the south post the success of Mersal. He has only directed hit films to date and we at 123telugu had reported a long time back that he will be directing Prabhas in 2018.

This news died away with the arrival of Baahubali 2 and Atlee got busy with Mersal. But now, the Tamil film circles are once again abuzz that this film might get a shape soon.

The reports reveal that Atlee is in plans to make this film and will soon take further steps in this process. Prabhas is currently busy with Saaho and Atlee is currently scripting for his next. An official confirmation is yet to be made on this news.