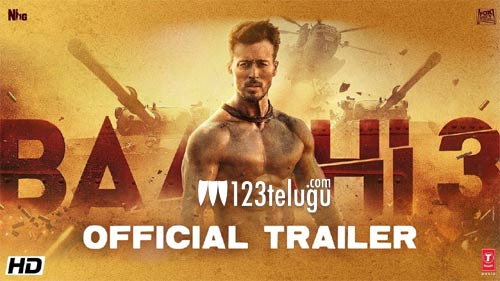 Tiger Shroff is one of the top stars in the country and has a massive following. His action avatar is loved by many and now he has taken things to another level in his new film Baaghi 3.

The trailer is out and is showcasing some mind-blowing action for the audience. All the stunts showcased are in true Hollywood standards and Tiger is killing it in all the fight sequences.

The film is set in Syria and Tiger is shown as this young man who goes there to save his brother played by Ritesh Deshmukh. Shraddha Kapoor plays the female lead in this film which is being directed by Ahmad Khan.

The social media is truly impressed with the trailer which has gone viral within no time. Looks like this film is going to take a solid opening all over the country on the 6th of March.