Baahubali, Pelli Choopulu to be screened at Indian Film Fest Melbourne
Published on Aug 2, 2017 8:19 am IST 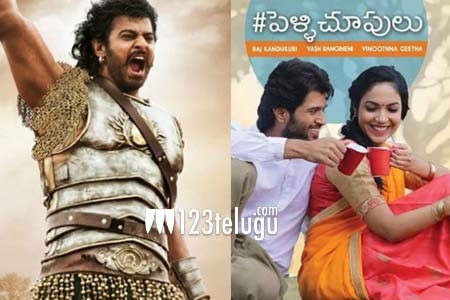 Baahubali and Pelli Choopulu, two of Tollywood’s most memorable successes in the last one year, continue to receive festival honors. Both these blockbusters will now be screened at the Indian Film Festival of Melbourne 2017.

The IIFM 2017 will begin in the second week of August. Several acclaimed Indian films that released since 2016 will also be screened at the festival. Bollywood stars like Karan Johar, Aishwarya Rai and Konkona Sen Sharma will grace the festival