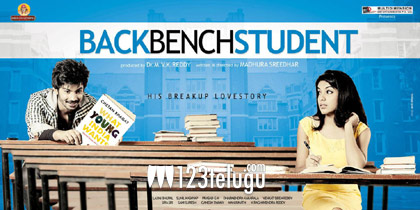 Backbench Student, starring Mahat Raghavendra, Piaa Bajpai and Archana Kavi, is all set to hit the screens on March 15. Madhura Sreedhar has directed the film and Dr MVK Reddy has produced the film under Shirdi Sai Combines. The film is said to be a love story of a college student who has failed in several subjects. Most part of the film has been shot in Hyderabad and Vizag. The film’s music has been scored by Sunil Kashyap and the audio has got a good response. In an earlier interview, Madhura Sreedhar had revealed that the film is on the lines of Chetan Bhagat’s Revolution 20:20.