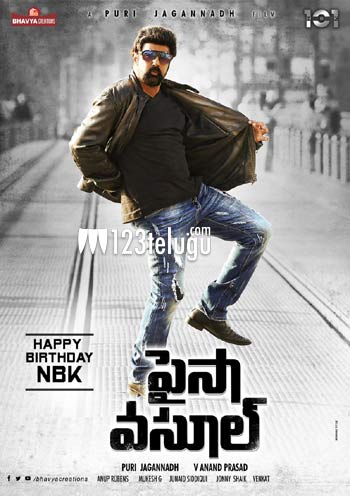 So the wait is finally over as the first look poster and title of NBK 101 has finally been revealed. There were so many speculations that were going on but the unit and Puri Jagan chose the title Paisa Vasool which completely suits Balayya and his popularity.

The action entertainer is directed by Puri Jagan who himself revealed the poster on Twitter. Fans of Balayya are hugely excited for this project as Puri Jagan always showcased his heroes in a very angry and stylish manner.