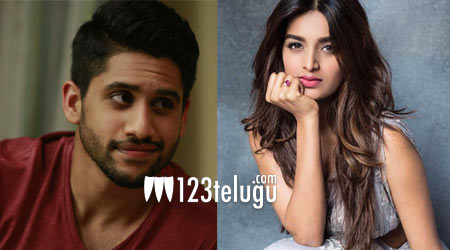 Bangalore-based actress Niddhi Agrewal might soon make her debut in Tollywood, if the latest buzz in the industry is anything to go by. The actress is said to be in talks to play the lead role in Naga Chaitanya’s Savyasachi.

Earlier this year, Niddhi had made her acting debut with Tiger Shroff in Munna Michael. Although the film didn’t quite work at the box-office, Niddhi got noticed for her screen presence and she has had numerous offers ever since. Now, it remains to be seen if she signs the dotted line for Savyasachi.

Directed by Chandoo Mondeti, the film is also said to have Madhavan in an interesting role. The film, produced by Mythri Movie makers, is expected to go on floors in the third week of October. More details are awaited.