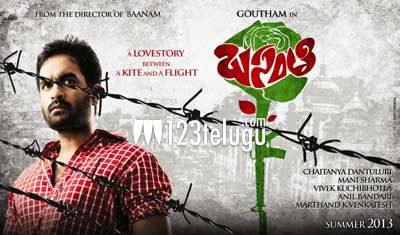 Brahmanandam’s son Goutham and director Chaitanya Dantuluri have teamed up for the film ‘Basanthi’. The movie unit has been generating a good buzz with some unique promotions and all the top stars of the Telugu Film Industry were roped in for the promotions in one way or the other.

Basanthi is now going to release on Maha Shivarathri day, which happens to be February 27th. The news was conveyed by the film’s press relations team. There were some rumours about a possible shift to March, but the team has now decided to bring the film out on the 27th, as it is a public holiday.

Alisha Baig and Naveena Jackson will be seen as the heroines in this movie. Mani Sharma has composed the music and the audio has been received well. The movie has been directed and produced by Chaitanya Dantuluri and Vivek Kuchibhotla is the co-producer.