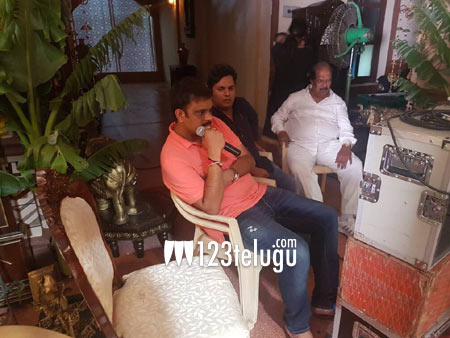 It is already reported that young hero Bellamkonda Sai Srinivas, who is currently busy with Boyapati Sreenu’s film, has signed yet another film in Dictator fame Sriwass’ direction. The film’s formal launch had happened a few days ago.

The film’s regular shooting kick-started yesterday in Ramoji Film City. Some crucial scenes will be canned in this schedule and hero Sai is expected to join the shoot very soon.

This yet-to-be-titled flick is produced by Abhishek Nama under his Abhishek Pictures banner. More details regarding the project are awaited.